What is Cellular Memory

Cellular memory is the quite incredible idea that our entire existence is recorded in our cells, every single one of them

Physics is discovering that matter isn’t as solid as we once thought.

Instead, it is becoming apparent that everything in the universe is energy.  This energy is primarily composed of light and sound, and atoms are made of energetic fields rather than substance.  On a cellular level, the body has many, many different types of cells responsible for different tasks.  Some transport oxygen while others dispose of waste.  Some cells become neurons and others form the kidneys.  Modern science is discovering that, at the end of the day, all cells are basically the same.  Their functions vary depending on their roles, but if we were to turn these signals off, the cells would be identical and have the potential to become anything.   On a grander scale, it means that we can become anything with the right motivation and creativity.  So we are functioning on two levels: the potential to be anything, and what our cells are currently being told to do.  Cellular memory is the quite incredible idea that our entire existence is recorded in our cells, every single one of them.  The blueprint of who we are, who we have been in past lives, our thoughts, feeling, preferences, and all of the details that could possibly exist, are already in our bodies.  Cellular memory explains why our bodies, mind, and emotions operate and respond in specific ways.   It says that our cells contain patterns of how we expect our body to function, how we are used to feeling, and the way we are habituated to thinking.  The only reason we are the way we are is because we are operating out of memory. 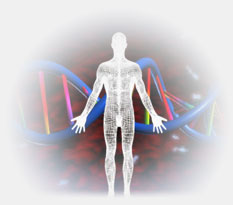 The past determines our cellular memory.

There have been incredible happenings supporting this theory.

It has been noticed that many organ recipients take on the characteristics of their donors.  One woman, who previously had enjoyed fun, trashy novels, suddenly developed a taste for literature.  Seemingly out of nowhere, she gravitated towards writers like Dostoyevsky.  This was the sort of author whom her donor loved.  Another recipient, who previously had a healthy diet and exercise routine, found herself having intense cravings for fast food.  She also became much more aggressive after receiving an organ from a young man, and even began to dress in different colors than the ones she usually liked.  Changes like these occur more often when a heart transplant is involved.  Traditional Chinese Medicine has long identified the heart as the “ruler” of the organs. 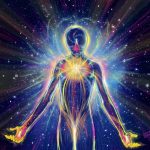 The heart is the starting point.

Cellular memory is new to modern medicine, but is by no means an original concept.

Ancient civilizations identified multiple bodies encasing the soul.  Our physical or gross body is the one we are most familiar with, and our subtle body is home to our thoughts and emotions.  The body that most closely encloses the soul is called the causal body.  This body is where our memories and experiences from our current and past lives are recorded.  The causal and subtle bodies travel with the soul from one incarnation in a physical body to the next, while we discard the physical body at death and get a new one at each birth.  The memories and experiences in the causal body are like a blueprint for the subtle and physical ones.  They form around old information and experiences.  Basically, how we think and feel is in reaction to past conditioning.  Personality traits present in us today are usually rooted in events we don’t even remember.  If we are storing memories of famine that happened centuries ago, we may develop a tendency to overeat or hoard food.  If we were Thai in a past life, we could naturally gravitate towards that culture, even if we have no connections with it currently.  This template also impacts the physical body.  Maybe a person who once suffered great physical trauma in war has problems with their immunity or adrenal glands in this one.  There have also been fascinating accounts of people who have memories of who they were in previous incarnations and remember how they died.  If their former death was traumatic, the person living today frequently has a birthmark in the exact place where they sustained a fatal wound in a past life.  Some people have been able to validate this synchronicity through written records. 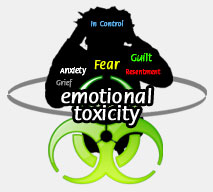 What memories and experiences are creating emotional toxicity in your cells?

So if there is validity to cellular memory, the next question is why does it matter?

It matters because it means your old, ingrained patterns are creating your reality.  Instead of your cells being capable of anything, they have fallen into a regimented routine established by previous experiences.  It means we are walking on an old path over and over again, with minor variations, instead of creating a new path through the woods.  If we want to reach our full potential, we must be willing to erase some of our old ways and open up to new experiences and possibilities.  Clearing out old processes is key to expanding into a new and fresh identity.  We have to make room by destroying the old so there is space to let in something better.  This means taking a hard look at yourself and getting rid of what does not serve you.  It also means being creative and deciding what it is that you do want.  There are many ways to go about this, and it is best to think about it as a process of purification.  When we purify, we are opening ourselves up to our underlying, limitless state.  Following guidelines for balanced living, like in TCM or Ayurveda, naturally resets the body and allows consciousness to expand, and treatments help the body function at its highest capacity.  There are other methods, such a past life regression, that allow you to discover and release old habits that are keeping you stuck.  The technique you choose is not as important as how much you want to change.  Most of us get used to patterns and find a comfort in them, whether or not we are happy.  Breaking out of them can be tough, but the best things in life are rarely easy.