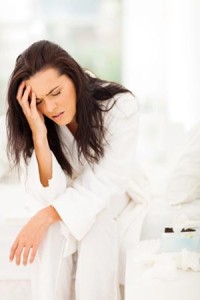 Depression. It’s the silent killer that millions of Australians battle on a regular basis. By killer I mean that yes it is often linked to suicide, but it can also be incredibly debilitating. It’s not just physical disease that can cause pain and anguish! It’s something only sufferers would fully understand. But living and/or coping with someone with depression can be equally challenging. It’s a significant public health issue with no easy solution. But we do think our lifestyle in this day and age is a HUGE contributor.

So, lets get down to the facts and see if we can shed some light on the issue:

Classified as a mental disorder, depression is incredibly common in western societies. Depression signs and symptoms according to the American Psychiatric Association (DSM-5) is:

So here is the recipe for major depression. Take the first two symptoms listed then mix with any three of the other symptoms minimum. If you suffer these symptoms for just TWO weeks then you can be diagnosed with MAJOR depression.

For minor depression, it’s the first two symptoms with an additional 2-4 symptoms listed. And let me tell you, I’d be surprised if all of us haven’t had a ‘bad’ day more often than not that includes these symptoms.

In Australia, A staggering 5.1 million prescriptions for antidepressants were written in 1990, increasing to 8.2 million by 1998. Prescriptions have since doubled in the last decade! Despite the evidence-based effectiveness of antidepressants, anxiolytics, and psychotherapy, relapse rates for both anxiety and depression are close to 50%. What troubles us more than the amount of antidepressants prescribed, is the alarming increase in occurrences of depression. Ultimately we think that translates to people leading to unhappy, unfulfilled lives. A more integrative and holistic approach to treating depression needs to be taken in society.

What we find in reality is once clients start to process and deal with past issues/trauma in their life, they start to feel a sense of empowerment and begin their path to finding some life direction and purpose. Research has also linked insomnia as a significant precursor to depression. Getting a good nights sleep we believe is paramount to reducing the severity of symptoms.

Acupuncture can help with classic symptoms such as increase or loss of appetite, fatigue, concentration, stress and insomnia. Working on alleviating these symptoms allows clients to cope on a day to day basis.

Holistically that makes sense to us. If you have decided to take the next step and take control of your life contact us to discuss your treatment options or book online if you wish to make an appointment.